In twelve days, the year of 2014 will be no more. We will be ushering a brand new and as yet unwritten year into our midst.

January – It started off terribly with a tonsilitis infection on the eve of the New Year but things became much rosier after a few days. What followed was a whirlwind of matriculation results announcements , celebrations and decisions to be made.

February + March – The start of my medical career (3rd February 2014). Fear encased every nerve in my body during my first two weeks but I managed to settle down and familiarise myself with my surroundings after some time.

April – 18th birthday celebrations.! Having to explain why I was 17 in first year became tedious after a few encounters. I had to spend three months explaining my lack of a driver’s license.Three months during which I was the youngest person in my class of 234 others and on campus. I am still the youngest in my class but I am glad that some other first year will succeed me in the latter regard.

May– I remember studying a lot. We also had a lot of group work projects. This went surprisingly well given my disastrous track record with group work assignments in high school.

June– I passed Chemistry( even the dreaded organic and stereochemistry). It was holiday time and I remember sleeping most of the time

July- I STARTED THIS BLOG ! And I have been charming you ever since . I met LH7H ❤ , barefootmedstudent (on a quest for free food) and joined the wine society.

August+September – Pathology and Pharmacology and my brand new stethoscope 🙂

October – 30 day challenge ! That was fun, I might do another next year.

December – This holiday ( which is soon coming to an end 😦 ) has been filled with lots of randomness and spontaneity but I guess after a year of regimented and unrelenting studying, I needed that. I needed to take time to just be myself. I needed time to relax and not let myself be defined by my textbooks.

Most of my childhood memories are filled with random and unplanned escapades that my family would make to various places in and around the cape. I loved these moments because of their simplicity. We would bundle into the car and just drive with nothing but warm jackets ( because Cape Town) , a picnic blanket and our camera along with us.

I’ve enjoyed seeing some of my close friends again after so long. Catching up feels great and I am incredibly grateful to have such understanding friends . After months of isolation (some self-imposed) we seemed to pick up exactly where we left off. I am so thankful to have such wonderful and appreciative people in my life and I count myself incredibly lucky to have insight into their fantastic lives ❤

I am also thankful to everyone that follows my blog. I started writing a few months ago expecting my parents and sister to be the only ones reading but I am glad to have awesome people taking some time from their busy lives to read my illogical ramblings and often nonsensical posts ranging from my awkwardness in public to my chance encounters with good-looking third years in abandoned lecture halls. Stay cool 😀 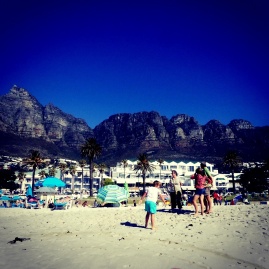 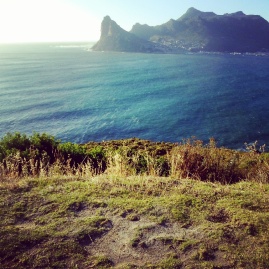 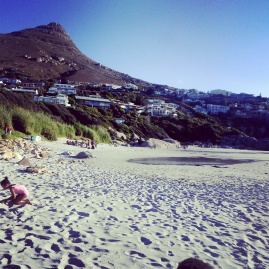 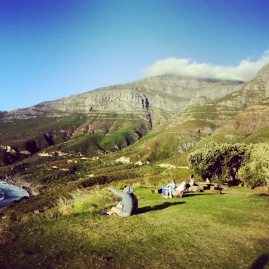 I adore comments ! Feel free to drop one below :) Cancel reply

My Life In Pictures :)

I’m wearing the smile you gave me ☺️🤎✨
Allow me to reintroduce myself : Dr MTL Dandara, MBChB (Stell) 👩🏾‍⚕️ ✨🌹 . . . I am immensely grateful for this journey that I began in 2014 that has led to the fulfillment of my childhood dream. Clichéd as it may be, I have always wanted to be a doctor. Now that I am finally here, I wouldn't have it any other way. . . . The past six years have proved to me that a dream does not become reality through bizarre magic.  It takes hard work, hard determination and hard sacrifice, none of which are possible without divine intervention and the absolute unrestricted grace of God. I can do everything through him who gives me strength. ✊🏾 . . . This degree has taught me so much, academically (course was always chowing 😭) but also non academically. Through this degree I've learnt the value of communication, compassion, humanity, love, kindness, patience, integrity and respect. . . . It has been an honor and an absolute privilege to have interacted with patients that allowed me to learn, that allowed me to perfect and hone my skills even though they were going through difficult experiences. Thank you to all those patients that allowed an inexperienced medical student to progress further and become a doctor who serves. . . . . At my oath taking ceremony, I pledged to be the best possible doctor I can be and I stand by that promise. Momma, I made it! ✊🏾👩🏾‍⚕️✨
"To shine your brightest light is to be who you truly are." - Roy T. Bennett ✨ . . . I owe the world to all the people who encourage me and continously affirm my right to shine ✨ May the next four months (114 days) be filled with light, love and happiness 🎓✨😘 . . . Road to Dr Michelle TL Dandara 👩🏾‍⚕️ 👩🏾‍🎓🌸
Follow Lily's Musings💕 on WordPress.com

From cuffed pants and artisanal coffee to medicine and beautiful things. This is the world through my oversized glasses.

Life of an SI

me and my life

Wanderlusting through life and medicine

Thoughts and Prescriptions | Its not all medicine

My life and medicine

Medic | on the Borderline

Babbling through my borderline existence: medical school and mishaps

An insight into my journey through the school of life

A Mother in Medicine

An insight into the life of a fourth year medical student who believes in God, dances and wants be a humanitarian in a developing country.

Personal site where II get to share my thoughts, hobbies and addictions just so you get to know me better

Petals in a Storm

survival of the fittest...